My earliest memory of such was as a child flipping through my father’s record albums. I happened upon Led Zeppelin’s Houses Of The Holy. I later learned that it was a collage of photos featuring a boy and a girl climbing a rock structure called Giant’s Causeway. It was created by a company called Hipgnosis that specialized in making album art. For whatever odd reason that album cover stuck with me, and I’ve sought out images that stirred the same emotions ever since. The entire collage is below: 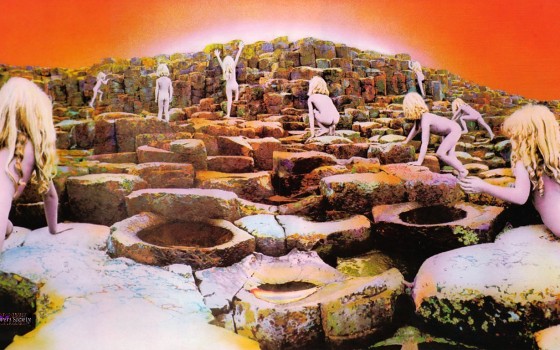 Today I came across another piece of art that does a fantastic job of dancing on that thin line without falling over. This video features Timothy Bloom & V all wrapped up in this song in more ways than one…