Why Does The 2nd Amendment Still Exist?

The vast majority of the population has no understanding of why the 2nd Amendment REALLY exists. In my personal experience, not even many pro-gun supporters do. They wield it frequently, but don’t truly understand the concepts behind it. In order to do just that, there are two primary concepts that must be acknowledged… 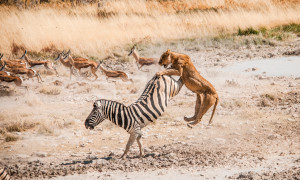 1) Every living thing has a natural right to defend itself against any other living thing that is trying to destroy it. Again, that is a NATURAL right…one you have simply because you are alive. If a dog chases you down in the street, you can beat it with a stick. If a lion chases a zebra, the zebra can run or attempt to fight. This concept is pretty straight forward. 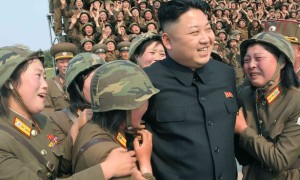 2) Governments have the power to destroy lives directly as well as alter its citizens’ way of life to a degree that prevents them from truly “living” (North Korea is an outstanding example of this). Again, this concept is pretty straight forward.

The 2nd Amendment simply extends concept #1 by concept #2. It recognizes that even though the government isn’t a living being, it has the power of such that the rules of a natural right to defend one’s self against it still apply. This is the primary check and balance that is drawn into the constitution. It is the one that all other checks and balances rest on.

So why was this necessary to add back then?

The Bill of Rights was drafted by a group of men who’d recently won their independence from England. They’d already formed a democracy, but felt that in order to keep their newly formed government from ever becoming tyrannical, they should instead operate as a republic.

In order to be certain that this was enforceable, they also added language that allows the people to form and maintain their own army, otherwise know as militias. This way, the people would always be as ready to stand and fight as the government was. They went on to not only included it in the Bill of Rights, making it irrevocable, but literally made it the 2nd highest law of the land.

This makes sense, as the sole reason they were able to win their independence was the fact that they had access to firearms. Protecting that at all costs, of course, would be paramount.

How does this apply in modern times?

When the Bill of Rights was drafted, the primary weapon of the time, for both the common everyday citizen and the US infantry soldier, was the musket. They weren’t extremely accurate (by today’s standards), only held a single projectile, and required a considerable amount of time to reload. However, it still provided a balance. The common citizen was as similarly equipped as the infantry soldier. If the government overstepped the bounds of the Bill of Rights, the people were physically capable of restoring the government as it previously was.

Fast forward to modern times. The advancement of weapon systems is considerable to say the least. So the question is often raised that since they couldn’t fully comprehend the weapons of today’s infantry soldier when they wrote the 2nd Amendment, is the 2nd Amendment now outdated?

The 2nd Amendment was not written with the musket in mind, or any particular weapon for that matter. As stated previously, it exists in order to be sure the the common citizen, if so inclined, may acquire and maintain weaponry equivalent to whatever the infantry soldier had. This way, the people would always have the ability to physically restore the government should it become tyrannical.

The primary weapon of today’s infantry soldier is the M4/M16. It is a fully-automatic rifle and/or “select fire”, meaning that you can pull the trigger a single time and the rifle will continue firing until it is empty (or expel multiple rounds with a single trigger pull in the case of select fire).

Common citizens can not legally own the M4/M16, at least not in the sense that they can walk into a gun shop and simply purchase it. They may, however, purchase the civilan version of the M16, known as the AR-15.

The civilian version is NOT fully-automatic. It is semi-automatic, meaning if you pull the trigger one time only a single bullet will be fired. In order to fire another round, you must release the trigger until it resets, then pull the trigger again. Everything else on the AR-15 is purely cosmetic. Features such as pistol grips, threaded barrels, adjustable stocks do absolutely nothing as far as making it more lethal. This is why the military doesn’t use the AR-15. The only other things that determine the power of the projectile is the round itself (.223/5.56, .308, etc) and the length of the barrel.

Considering that common citizens are not allowed to readily own the M4 or M16, it can be argued that laws preventing such are a breach of the 2nd Amendment. However, the AR-15 still keeps the common citizen within the realm of similarly armed, especially when you take into account the shear number of citizens vs the number of soldiers.